You can consider yourself a good driver who drives defensively and follows all of the precautions, but the truth is that you never know when you are going to get hit. It might happen when you least expect it or when you have the least control. Earlier this month I was driving to work and I had to make a left turn onto Stonecroft Blvd from Willard Rd. The light was red so I was stopped waiting for the light to turn green. Then out of the corner of my left eye I see a car climb on top of the median as it is attempting to turn. It hits a sign on top of the median then proceeds to hit the left rear panel of my car as it is turning. All of this happened in a few seconds. 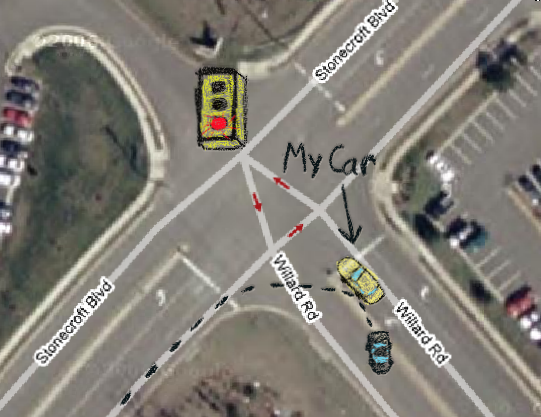 There wasn’t enough time to react. The first thing I did was make sure I was ok. I was glad the driver hit me on my rear panel and not my door and also that he hit me while turning and not head on. I wasn’t really sure what to do next. I noticed that the driver got off the median and started driving away really slowly. Instinctively, I pulled a quick u-turn even though the light was still red, the other drivers gave me the right of way. I didn’t want the other driver to sneak out of there. He pulled into the bowling alley on the corner and someone who witnessed the accident also followed him to make sure he didn’t try to escape. I called the police, but they wouldn’t come because nobody was injured. After confronting the driver, everything proceeded without much hassle. It was his dad’s car, he couldn’t explain how he made such a reckless turn, only that he was sorry. I hope this experience teaches him a lesson he’ll never forgot. I copied all of his insurance information and took photos of the damages with my cell phone camera.

I don’t have collision insurance on my car, which meant I had to deal with the other guy’s insurance company directly. If I had collision insurance that would mean my insurance company would deal with the other insurance company on my behalf. I am glad that in this case it was unmistakable whose fault it was. I mean really, a car goes over a median and hits a parked car; no way you can try to spin that. But what if things weren’t so clear-cut? They left nothing to chance when questioning me over the phone. They look for details, making sure you have no inconsistencies, looking for any holes in the story so they don’t have to pay up. 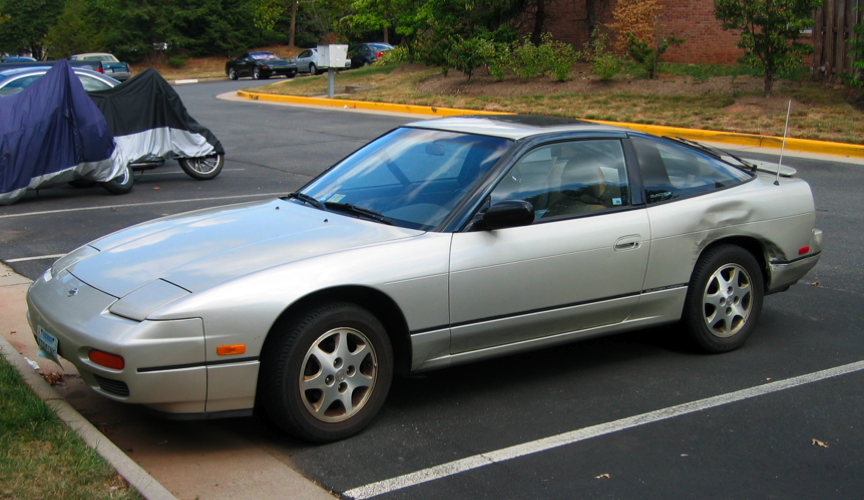 I was sent to one of their damage assessment places. It was an unpleasant experience. I had to deal with an unpleasant character that I disagreed with the amount of damages he awarded. There was not much I could do, but in retrospect I’m not bitter. If he estimated a higher amount of damage my car might have been declared as a total loss. I wouldn’t have wanted it this way because I would have had to buy back the car from the insurance company for its salvage price after receiving the payout; and from reading the DMV website I think it would receive a salvage title and would not be allowed to be driven unless the necessary repairs were made.

In the end I was handed a check for $1350, and it is going straight towards school loans. I had the suspension looked at and it checked out fine. Dropping $1350 to fix cosmetic on a car worth less than $2000 doesn’t make sense. So my plan is to just keep on using it until I save up for a new car. I should still be able to sell if for a decent amount later. The Nissan 240sx is well sought after drifting car. A typical drifter wouldn’t mind cosmetic damages considering the abuse drifting cars see, dents are like battle scars. Ya never know, I might keep it myself, do the SR20det engine swap, and try out drifting myself!