I don’t know anything about NASCAR, but I like cars that can go super fast. This past weekend I was lucky enough to drive on the Old Dominion Speedway in Manassas. I got to drive 15 laps in a late model stock car with Try It Racing.

This was the first time I ever visited Old Dominion Speedway, and it is pretty interesting. It has an unassuming entrance, and seems sort of rundown when you approach the track from Dumfries road. Once you drive past the entranceway the space opens up and the short track lies to your right. On the way back to my car I walked past the Old Dominion Drag Strip. I hear that almost every Friday night from March to October there is racing; I would like to check it out one day.

I bought a groupon about a year ago, and decided to try it out. I think it is worth it if you get a groupon or a living social deal. If not, then the full price I feel would be too high. They did surprise me with a 30-dollar fee at the booth. The way it worked is that there was a pace car that I had to follow; at the same time there was a ride car zooming along the track. The ride car was driven by a professional driver and was being driven at about twice the speed of the other cars.

After getting in my race suit, selecting the proper helmet, and receiving safety instructions it was my turn to drive around the track. I quickly hopped into the car with my legs first through the side window. I was taught quickly how to secure my seatbelt, attach/detach the steering wheel, and how to turn on the car. This was all done very quickly and my adrenaline was starting to rush. Before I knew it I was on the track following the pace car.

As I started driving I was in complete focus, absorbing every detail around me. The steering wheel was stiffer than I was used to. I never drove a car with such a stiff suspension; I could feel every little bump on the road. In the back of my mind, I kept on repeating to myself “Whatever you do, don’t crash!” After the first 3 laps I felt more at ease. I was a little confused when I was told right before I took off that I shouldn’t use the brakes, because letting go of the accelerator on the turns would slow the car down enough. After driving I noticed how this was true. I practiced accelerating as I reached the apex of each curve. The advantages of having the short track is that is gave me more time to practice turning. In between curves there was only little room to accelerate; yet this was all that was needed to appreciate all the power the car had. I was gripping on so tight to the steering wheel, and the suspension was so stiff, that it was really starting to tire out my shoulders. I have grown a newfound respect for professional racecar drivers now. 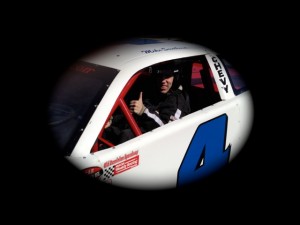 For my second ride I got to go in the ride car with a professional driver for 5 laps. This was a whole new adventure. It amazed me how fast we passed the other two cars. We were so close that the driver could have reached out and touched the other car if he wanted to. The G-forces I experienced in the curves was crazy. 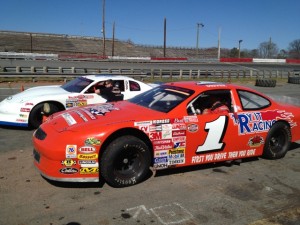 Overall it was a really awesome exciting experience. I would like to do something similar again someday. Our safety instructor told our group that there are some pretty cool racing schools in Richmond.