Recently I got new running shoes. The shoebox says that years of research on fit, ride, comfort and biomechanics, and an almost frightening obsession with every last detail go into these shoes. That makes me happy : ) 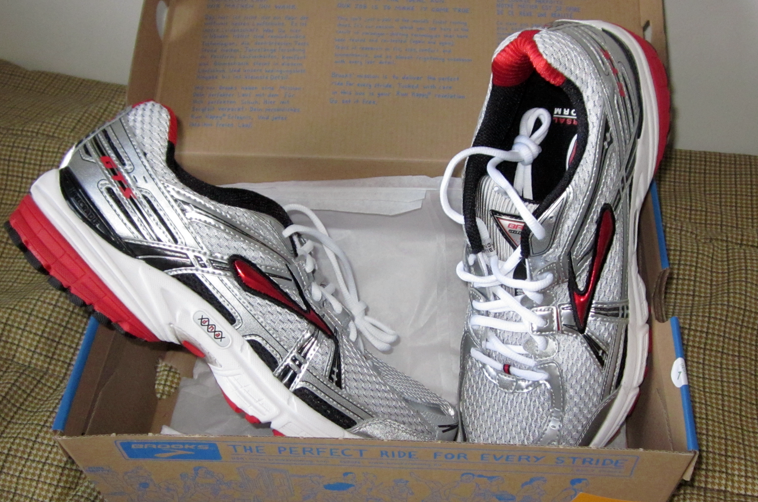 When I first started running I didn’t think too much about running shoes. In fact I wore these ones that I bought for less than $30 bucks at Marshalls. Eventually when I progressed to the point where I could run more than 14 miles, I started noticing towards the end of my runs I felt pain in my lower back. I shrugged it off, dismissing it as one of the costs of being a hardcore runner. 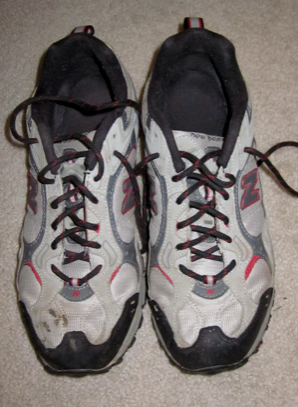 Then at the Virginia Beach convention center the day before the 2010 Rock and Roll half-marathon Brooks had a cool carnival-themed display area with games and prizes; they also measured peoples’ gaits. Before this I didn’t even know what a gait was. In humans gait is the way locomotion is achieved using human limbs. Different gaits are characterized by differences in limb movement patterns, overall velocity, forces, kinetic and potential energy cycles, and changes in the contact with the surface (Wikipedia). The guys at Brooks measured my gait with a slow-motion camera while I ran on a treadmill, way cool. Turns out I am a mild pronator.

So they recommended a stability shoe like the Brooks Adrenaline GTS 10, which I bought. The grey area of the sole is the medial post, and is made of a denser material. This provides greater support. Training with there shoes turned out to be one of the best things I did to improve my running. My form improved, my efficiency improved, and my back pain almost completely disappeared. Now a year later I have the Brooks Adrenaline GTS 11. Another weapon in my arsenal to help me tackle the 2011 Marine Corps Marathon!